Many of his most recent efforts have been concerned with local issues. His song ‘The Way It’s Supposd to Be’ about the restoration of the west peak of Mt Tamalpais was written for a video produced by Dore and renowned filmaker Gary Yost. They also produced a video for  ‘The Old Railroad Grade’ which is being used in an exhibit at the visitor center in Mt Tamalpais State park.  Also of local note one of Dore's songs ‘Silent Spring’ won the Platinum Award in the  Marin Earth Day 40th Anniversary Green Song Contest.
Dore is currently performing  with several groups in several different genres, with special attention to customizing his set lists to each special event.

With his two most recent CDs ‘Life’s A Beach’  and ‘Bermudagrass ‘ he brings all these influences together. Here are some comments about his recorded work:
“This skilled singer-songwriter is also an in-demand guitarist and multi-instrumentalist.  His music is reflective of the crisp, clean playing that makes this CD an example of some very fine Marin musicianship..The epitome of the professional working musician, “
Paul Liberatore, Marin Independent Journal

“It's one of those very rare albums where EVERY song is outstanding! I am really enjoying it.”

“I especially appreciated the stylistic progression of the music over the course of the album.  While you explore a lot of genres, they always feel cohesive.” 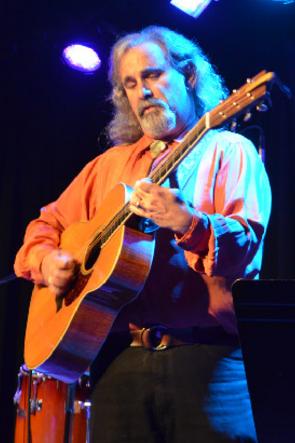